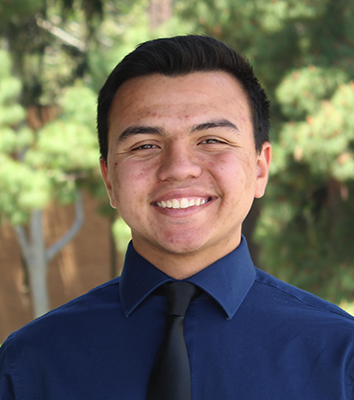 Amado Castillo is a 2021 LPPI Policy Fellow who is double majoring in Sociology and Chicana/o Studies with minors in Environmental Systems and Society and Labor Studies. He firmly believes that the work LPPI does translates to community empowerment and investment. Amado resonates with how research informs elected officials about the disparities that exist in underrepresented communities, which leads to meaningful race-conscious policy. During his time at LPPI, Amado has worked on several projects including archival research at the Chicano Studies Research Center. In addition, Amado runs Social Media accounts and supports event production and execution. Outside of his role at LPPI, Amado has served the UCLA’s Chicanx community as the Resident Assistant of the Chicanx/Latinx Living Learning Community, MEChA’s Internal Vice-Chair, and as a student lobbyist through his former role as the Basic Needs Co-coordinator for UCLA’s EVP Office.